This Site is Under Construction

Should you invest in a property in the city where you live?

There is a common belief among real estate investors that the property they are investing in should be in the same location as them. In other words, it is believed to be a rule that one’s investments should remain right under one’s nose. Is it wise to abide by this statement? What are the risks or benefits associated with it?

In this blog, we will look at why it may not be the most sensible decision to invest in your own city and when it might actually make sense to do so.

When looking at a middle-income group in a city, the rule of making investments in their own city would be understandable. However, the same cannot be said for the most successful, rich investors of that city. The reason for this, in simple words, is that being a rich investor, their investments will presumably be of high quality and magnitude. At the time of a financial crisis, the investor would like to liquidate their assets as quickly as possible. Though being the biggest investor in their city it is likely that they would also be one of the few if not the only buyers. As a result, liquidating their assets might become a complicated and tiresome process accompanied by the mummer of poor financial status in the elite social circles of that city.

To better understand the situation, let us take the example of Mandi Gobindgarh, a town in Punjab. Mandi Gobindgarh is a very famous concentration of all kinds of foundries. It is believed that when the 9/11 attack happened, the scraps from the building were brought to Mandi Gobindgarh (Unconfirmed Information). Here it was melted and formed into conical chunks that were further redistributed and used in the manufacturing of various types of materials.

Although the reason is unknown, yet at around the same time as this there was a disruption in the market and the entire community of that region had to migrate to other regions of India. When this happened, it was realised that most of the rich people of the town had bought a lot of land around Mandi Gobindgarh only. These rich men had been investing in their local city.

At the time of this unrest in the town, the banks were forced to stop deducting EMIs. As a result, they had to come for recovery. The people gave the banks the land they were holding in that region to square off their debts. When the banks came to us with the documents to liquidate the land, we realised that the only buyers in that area were the business owners who had migrated. These business owners could not square off their loans on that property and the bank’s money got stuck. Furthermore, the business owners got a bad credit score that ruined their track record permanently.

Therefore the million-dollar question is: if you are the biggest investor within your city, who will get you the exit if required?

In our experience, this is something that we would like to advise to the people who are doing well in their city (for example, a doctor in Rajpura, a jeweller in Mansa, etc.) If you are investing your money in real estate for the sole purpose of parking your money, it would be more favourable to turn towards a city like Gurgaon. By investing in real estate in one’s own city, there is a risk of being stuck with that property if no buyers can be found. On the other hand, in a city like Gurgaon, the property can be liquidated into cash in a matter of a few days just because larger fish swim in that sea.

If, however, going to Gurgaon is not possible or desirable, Chandigarh is emerging as a very good alternative. It is a destination that may become a satellite city as explained in our other blog. With 18 commercial projects on PR 7 alone, we are certain that the investments in this area will do very well.

It is a very age-old concept that in order to sell your product, you have to go to a ‘mandi’. If you are sitting in a mandi things become easier. For example, if you are making software and you are in Bangalore it is much easier to find the required talent pool. If you are into leather products, it is Agra. If you are into green tea, Amritsar is the place to go.

Therefore, it is always advisable that you should not invest in a property in the city where you live, instead you should go to a mandi. For real estate, within Punjab, the mandi is around Chandigarh and if you are willing enough to go outside your state, then Gurgaon is another destination that we recommend.

For ease of understanding, the definition of wealth and richness is assumed to be the same. However, it is very important to understand the difference between these two. Real estate or immovable properties constitute your wealth and your liquid assets such as the money in your bank, shares or mutual funds is what establishes your richness.

Richness gives you a lot of power. By being rich you can take the required actions fast. But it does not give you stability. To confirm, try getting a loan on shares from a bank and the bank may not even give you 50% of the total portfolio.

Whereas on the other side, the value of wealth gives you stability. Try taking a loan against property from a bank and the bank may go up to 90%.

In other words, richness implies the power to stabilise something which has been destabilised. Therefore, it makes a lot of sense to us that your assets, like property, should be in a city where they are easier and faster to liquidate as compared to your own small town where you are among the rich, should something go wrong.

To conclude whether you should invest in the property in a city where you live, there is another example that illustrates the impacts of investment in your own city. Recently I was sitting with one of the largest developers of Punjab. I had a wonderful time conversing with the directors and I gained remarkable knowledge. I was apprised that a very large fund had refused to give them a loan. This was because they were the number one developers in terms of volume and their top competitor turned out to be 10% of their total monthly volume.

The fund realised that if something happens to them, there is no other developer that can get them a bailout for the fund or buy them out. The fund was very impressed by the processes and the volume of the developer as well as the papers that the developer had presented to them. Yet, merely because nobody else could have given that fund an exit it was a big no-no for the fund to give out a loan to them.

This proves that outperforming your competitors can be painful at times. However, we consider these to be very good problems in life.

If this is true for a large fund and a developer, the same can be assumed true for the most successful businessmen in their city. If they are investing within their city and if something happens to them, they will not have an exit. In an unfortunate paradox, the wealth that was created as a relief on bad days stands stuck and unable to perform its tasks when required. That’s why we always recommend that you should not invest in a property where you live. 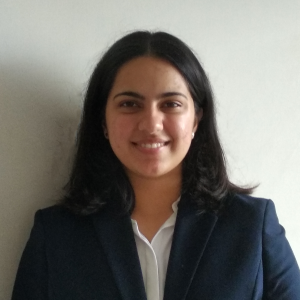 Business and Economics student at Trinity College Dublin with a keen interest in Real Estate.